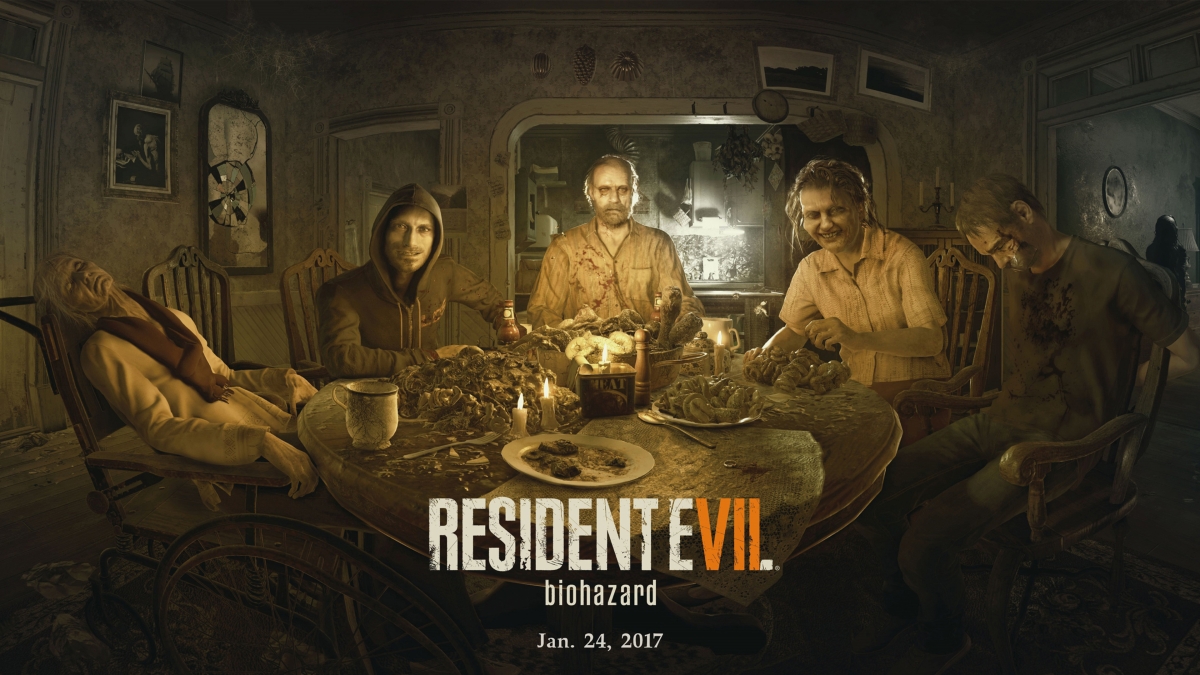 These are my personal thoughts of Resident Evil 7: Biohazard, which I managed to finish recently. This post is spoiler free, but if you’re sensitive about all kinds of information, and would want to avoid any kind of details regarding the game, please come back after you’ve played the game and finished it.

There is no denying that the Resident Evil franchise has been going downhill since it’s fifth entry, with Resident Evil 6 being a disastrous, scripted, QTE – filled, and badly paced action game, and countless weak spin offs like Revelations 2 and Umbrella Corps. Resident Evil was dying, and it needed something fresh, something new. The series lost it’s identity, and the only way for it to survive was to once again have an identity and be relevant, and that’s what Capcom set out to do with the seventh entry in the series when it was announced back in E3 2016. They wanted to bring back the horror elements of the old RE games, while having a more modern approach to it by making it a First Person Survival Horror game, like most of the horror games available nowadays… And boy, oh boy not only did Capcom did it, but they also managed to make a horror game that is totally different, unique, and not shadowed by most of today’s modern First Person Horror games. It stands alone, and it stands strong! Welcome to the family, son.

“That gun is not gonna work the way you think it will!” – Jack Baker

In one of the interviews with the director and producer of Resident Evil 7, I remember them mentioning that Louisiana was a great setting for the game, since houses are kind of far from each other, and it gives this sense of distance and loneliness. Now that I’ve played the game, I can’t help but completely agree with them, and not just because of the atmosphere and locations, but much more than that. Making the game setting revolve around this “Baker” family makes the experience and narrative focused, because you’re fully aware of the threat that lies within the walls of their house. They’re crazy, brutal, and downright horrifying. There’s also a sense of unpredictability in them, as sometimes they would show up randomly on specific places to chase you. Another thing I love about the setting is how each location feels distinctive from one another, and how each one is focused on a specific member of the baker family, and as you progress in the game, they also evolve, with new arsenal and new threats, giving you a very hard time fighting them properly, and that’s a great thing. This is a survival horror game, and when RE7 keeps me on my toes always in fear of Jack popping up at any second around the house, it means that it’s doing this right. Know that the game has other locations that are diverse and different, but to avoid spoiling anything, I’ll let you experience them for yourselves.

Never let your guard down, Jack’s always chasing you.

The house feel very reminiscent of Resident Evil 1’s mansion, but with a very specific vibe and atmosphere, one that fits the nature of the family’s aggressive behaviors and origins, and in true Resident Evil fashion, Safe Rooms return, with their own melancholic musical themes, Items box, and the feel of relief. It struck both a nostalgic nerve, and an immediate sense of acceptance, because this used to be a signature thing in every Resident Evil game, and seeing it return in this new modern approach was something beautiful to behold. Despite the fact that you can save as much as you want, that’s not the case in higher difficulties, you have to use cassette tapes in order to save (Equivalent of Ink Ribbons) and that was really nice.

Did you miss me?

The gameplay is incredibly enjoyable just as it is horrifying. Despite the many concerns that the First Person view would compromise the experience, and would make the game feel too much like other modern horror games, it actually works very well in delivering a gameplay experience that feels very similar to old RE games, while making each encounter feel extremely scary and tense. You explores areas around the house and outside it, interacting with objects scattered around, whether they’re an item, a piece of furniture, or a puzzle. A big portion of the game revolves around finding keys to locked doors, which encourage thorough exploration, as items are well hidden. Puzzles feel like small brain teasers, which left me wanting more, but the same time, didn’t leave me disappointed. It’s just the right amount, and they work well enough for they’re supposed to do.

Bags act as upgrades for how many items you can carry.

Item management also plays a huge part of the game. as you collect ammo, healing items, and a varied arsenal of weapons, you start running out of space, and that’s why the items box exist in safe room, forcing you to manage your gear well, and encourages backtracking when you think of your next objective. Upgrades for you how many items you can carry also exist, just like in some of the old Resident Evil games.

While it was kind of disappointing to see one type of enemies in the game called “The Molded”, it was done for the sake of the narrative, which was pretty understandable regarding the nature of the game. But how they fixed that was to offer different variations of these enemies, to the point where they almost feel like another monster. One felt like a combination of a zombie and a hunter, another was straight like a Licker and a dog. When in combat, they will come at you relentlessly, and you have to be smart on how you approach them. Shooting them in the head proves most effective, but with their weird movement pattern, it can be tough to always get that right. So when a situation becomes tense, using a more powerful weapons can be the thing to do, but keep in mind, ammo is a valuable resource. 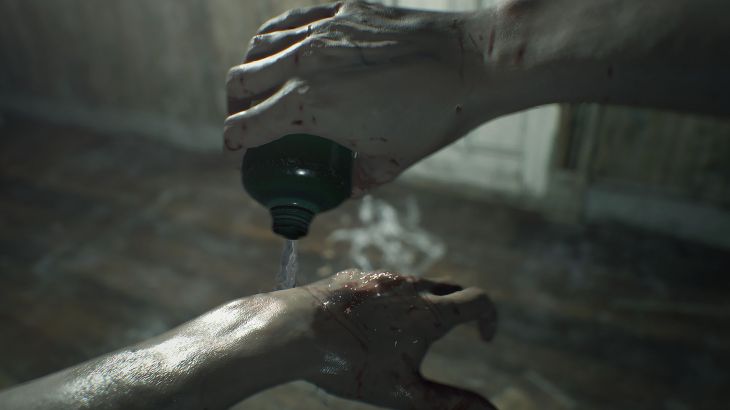 Healing items are crucial in surviving.

Green herbs make a return, but they’re presented in a new way. The game offers a combining system, where you can combine specific items such as green herbs, and gun powders with chemicals in order to produce resources such as healing items and ammo.

Resident Evil never excelled in the story department, except for maybe Code Veronica. The story just became very convoluted and over the top with each new game, forgetting it’s core essence. What Resident Evil 7 does is take the good things from previous RE games, and revamp it in a narrative the feels much more personal, and for the most part, this is what Resident Evil needed. No more global threats, and going all over the world to hunt down bio-terrorists. You play as Etan, and average citizen whose wife went missing. He gets a message from her revealing that she’s alive, and you go to investigate the situation. 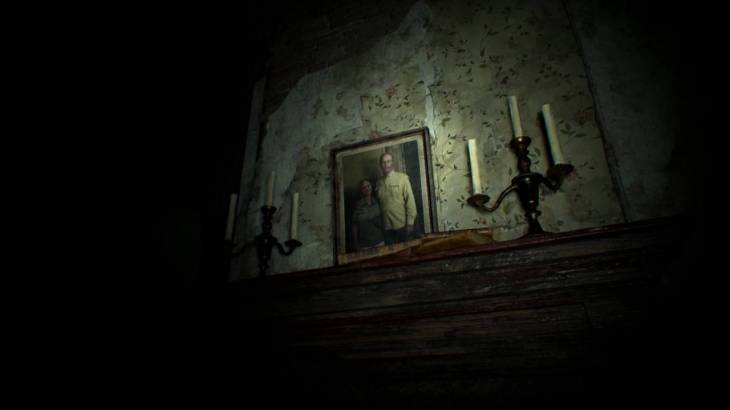 The great thing about the narrative is that it throws out these little intriguing questions at you right from the beginning, and it never feels like it’s too much revealing, instead, it takes it’s time to tell  you through it’s captivating and well paced/written story, with subtle twists and turns here and there, and like I said before, it doesn’t explicitly work to reveal these twists right at your face, which makes them just the more surprising and convincing. The plot develops into a really surprising narrative experience, one of the best in the series (if not the best). Capcom managed to deliver an excellent story in Resident Evil 7. 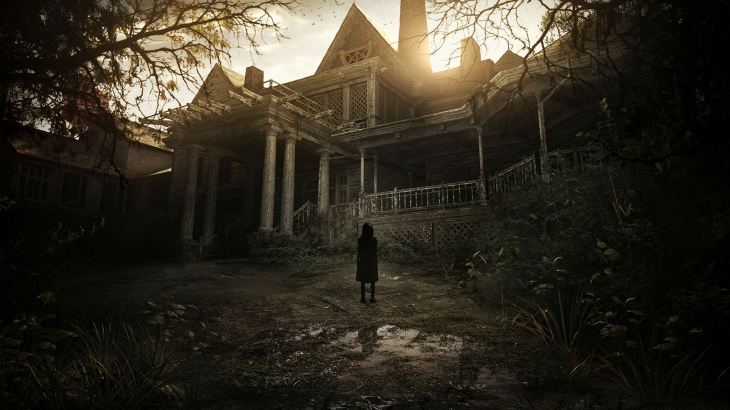 Resident Evil 7 not only brought the soul and identity back to the series by taking it to it’s roots, but it also managed to deliver a Resident Evil experience that’s one of the best in the series, and stands high compared to all other modern horror games. With satisfying combat, dreadful situations, horrific atmosphere, and amazing story, I can safely call Resident Evil 7 a proper return to form. With this addition to the series, I can see Resident Evil going in a perfect direction, one that cements the old school feeling, while maintaining it’s relevance with a modern touch. Welcome back Resident Evil. 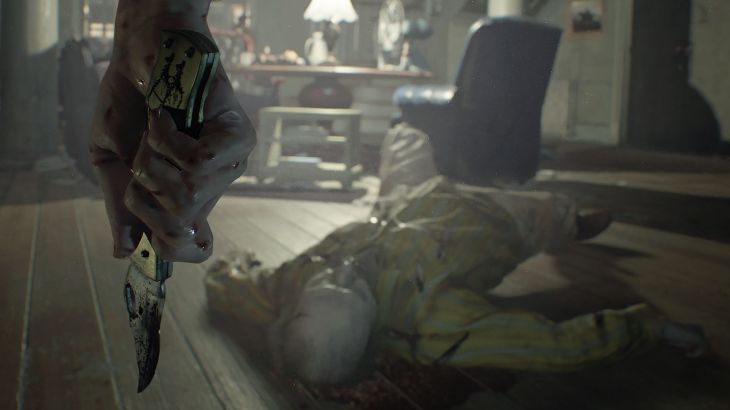 Good luck on surviving, and welcome to the family!